This year there have been such discussions about eight individuals in five states, as first reported by the Washington Post Thursday.
The eight individuals were either confirmed to be infected, believed to have a high probability of having measles, or at high risk due to not being immune to the highly contagious virus and suspected of being in close contact with someone who has measles, CDC spokeswoman Caitlin Shockey told CNN.
She characterized the conversations as “pre-discussions” and said that state and local health departments contacted the CDC to say “we have people that we may have to place on the do not board list.” 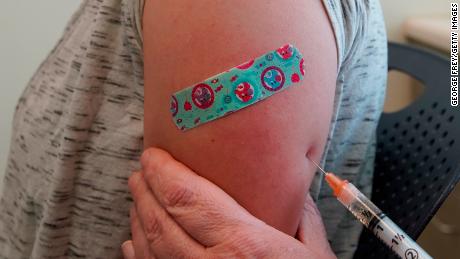 The “do not board” list is a tool the federal government can use to prevent an infectious person from flying while sick, Dr. Martin Cetron, director of the CDC’s Division of Global Migration and Quarantine explained.
This measure has been used since 2007 for patients who have tuberculosis, and in 2014 was used twice for measles.
After trying to dissuade a passenger who is sick and contagious from traveling on a plane, state or local health officials may contact the CDC to request assistance. The agency then has to verify that attempts were made to prevent the individual from traveling and that the person has flight reservations. The CDC then speaks to the airline to arrange for any fees related to canceling the trip to be waved.
Then the CDC works with the Department of Homeland Security to place the person on a public health do not board list, which tells the airline not to issue a boarding pass, Cetron explained in an interview with CNN. Cetron said that it’s a persuasive option. “Ninety-something percent of the time when we inform people we want them to change their mind and we can tell the airline not to issue a boarding pass, they change their mind.”
In the instances that have come up this year due to measles, all of the individuals voluntarily decided not to travel without the CDC contacting them, Shockey said. 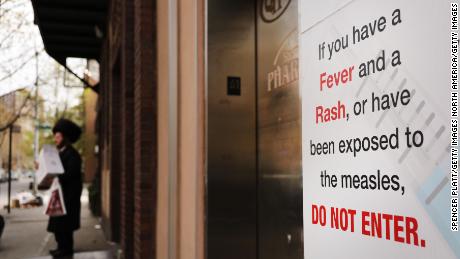 Cetron also said that there has been a significant increase in the number of investigations due to passengers flying with measles, for example after someone has returned home from a trip and then is diagnosed with the virus but was contagious while they traveled. The CDC works with the airline to inform at-risk passengers of the possible exposure. A person with measles is contagious for four days before developing the tell-tale symptom of a rash four days after. 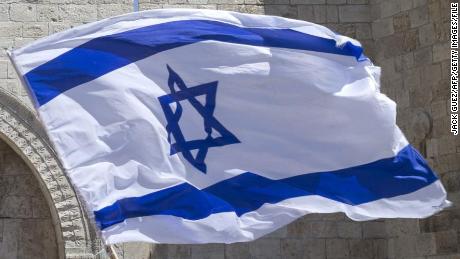 On average there have been about 10 investigations per year for the decade they’ve been conducted. However, in 2017 there were 15, in 2018 there were 81 and so far this year, as of the 18th, there have been 62. “You can project over 200 or 240 [investigations] this year. That’s a lot more people flying with measles,” Cetron said. He noted that the increase in investigations coincides with the increase in measles cases. On Monday the CDC reported 880 cases this year, the highest number of cases in a single year since the virus was declared eliminated in the United States in 2000 and the highest number of cases in a year since 1994.
Of the 62 measles investigations on flights this year, “21 were from domestic flights, 14 inbound international, 5 outbound IHR (outbound flights from the US to another country reported to CDC by a foreign agency) and 22 international IHRs (international to international flights with a US resident reported to CDC from a foreign agency),” Shockey said, adding that “the difference on the last two is that Outbound IHRs are from a US airport to a Foreign Airport. International IHRs are flights from an international airport to another international airport with a US resident on board.”
“The problem is most of the time when we do contact investigations the time window for measles is narrow … we are hearing about it after the fact so [our] ability to know about cases before they travel is infrequent,” Cetron said.
There was one known secondary case of measles this year, meaning a passenger became infected while traveling from another infected traveler, Cetron told CNN. “We can’t always say it was the cabin environment for sure.”
Cetron said the best way to for anyone to protect themselves and others from measles while traveling or any time is to get an MMR vaccine.

Chinese authorities have reported 139 new cases of a mysterious virus in two days, …