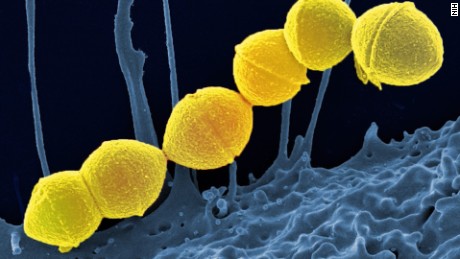 “Flesh Eating Bacteria sounds like an urban legend. Let me assure you that it is not. It took my Dad’s life,” Cheryl Bennett Wiygul wrote Wednesday in a Facebook post confirmed by CNN affiliate WCYB.
Vibrio causes an estimated 80,000 illnesses and 100 deaths in the United States every year, according to the US Centers for Disease Control and Prevention, the federal government’s public health agency. People with vibriosis become infected either by consuming raw or undercooked seafood or by exposing a wound to seawater.

Wiygul begins her description of her family’s ordeal by noting that her father had a compromised immune system due to cancer.
“He’s battled cancer for many years and has been in the water several times so it didn’t seem like a risk,” she wrote.
Yet due to recent reports of infections in people who visited Florida beaches, Wiygul said, she researched the topic and took precautions when her parents visited from Memphis in early July. Her father “didn’t have any open wounds,” and she made sure the few small scratches on his arms “were super sealed up,” she wrote.
During their visit, she and her parents spent time in a boat on the bay, rode watercraft and swam in a bayou, splashed around a creek, swam in a pool and went to the Destin beach.
“Daddy stayed up late Friday night and watched a movie,” Wiygul wrote, adding that he “seemed to feel fine as he did all week.”
Yet, at 4 a.m. Saturday — just 12 hours after their last swim — he woke with a fever, chills and cramping. 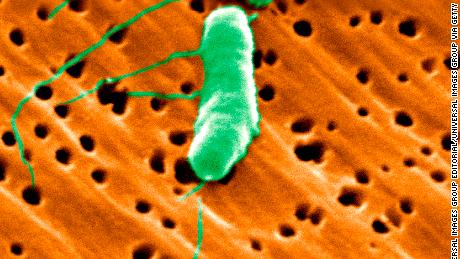 He got worse on the way home to Memphis, Wiygul wrote: “His legs started to hurt severely. He was becoming extremely uncomfortable.”
Baptist Hospital in Memphis admitted him at 8 p.m. and saw a “terribly swollen black spot on his back.” Wiygul’s mother informed medical attendants that they’d been in the water in Florida and so she believed the spot could be necrotizing fasciitis. 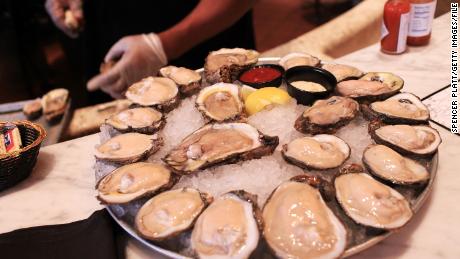 The hospital started him on IV antibiotics, his daughter said.
More black spots appeared on his skin, and “he was in a great deal of pain,” she wrote. “At 1 a.m. he became septic and they moved him into ICU. … They said his organs were too damaged and his blood was too acidic to sustain life. He was gone by Sunday afternoon.”
Wednesday’s lab results confirmed Wiygul’s suspicion’s: “Vibrio vulnificus which manifests into necrotizing fasciitis (flesh eating bacteria) ultimately leading to sepsis,” she said.
The hospital confirmed that Wiygul’s father was treated there but did not provide further details about his condition; Wiygul has not responded to CNN’s request for further comment.

Wiygul’s father is the second person to die in recent weeks after contracting flesh-eating bacteria in Florida waters.
Carolyn “Lynn” Fleming, 77, was walking along the coast on Anna Maria Island, south of Tampa, last month when a small dip caused her to stumble and she got a cut on her left shin, said her son, Wade Fleming.
Her leg became red and swollen, and she was hospitalized and diagnosed with necrotizing fasciitis, commonly known as flesh-eating bacteria. She had strokes and went into kidney failure, her daughter-in-law said, and she died in late June.

How Vibrio can be deadly

Most Vibrio infections occur between May and October, when water temperatures are warm. Flesh-eating bacteria stop blood circulation and cause tissue to die and skin to decay, according to the CDC.
More than one type of bacteria can eat the flesh in this way; public health experts believe that group A Streptococcus bacteria are the most common cause of these infections. Vibrio infections occur when someone eats raw or undercooked seafood or when an open wound is exposed to seawater or brackish water.
Blunt trauma that doesn’t tear the skin can also permit entry of flesh-eating bacteria, according to the CDC. Several antibiotics can treat these injuries, though when cases become severe, skin grafts and surgeries may be necessary. 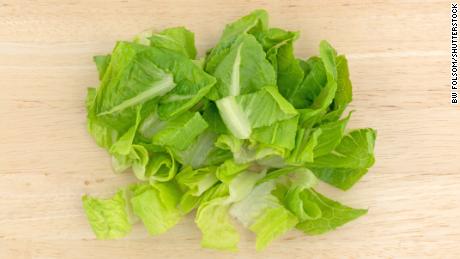 Good wound care is the best way to prevent any bacterial skin infection, according to the CDC. It is important to clean even minor cuts and injuries that break the skin with soap and water. Always clean and cover draining or open wounds with dry bandages until they heal. And see a doctor for puncture and other deep or serious wounds.
The Florida Department of Health also suggests that people “who are immunocompromised, e.g. chronic liver disease, kidney disease, or weakened immune system, should wear proper foot protection to prevent cuts and injury caused by rocks and shells on the beach.”
Wiygul said that people “need to know how to be more cautious and how to recognize symptoms,” and she hopes they pass along the information so that “it can help someone else.”
“I am absolutely not trying to scare people from the beach or swimming,” she wrote. “I love the water and so did my Dad.”

Flu has killed 39 children this season, but virus activity continues to decline – CNN

While it’s still too soon to say definitively that the flu season is past its peak, …