The Intergovernmental Panel on Climate Change, which published the report, says that humans affect about 70% of ice-free land on Earth, and the panel previously concluded that changing our diets could contribute 20% of the effort needed to keep global temperatures from rising 2 degrees Celsius above pre-industrial levels. 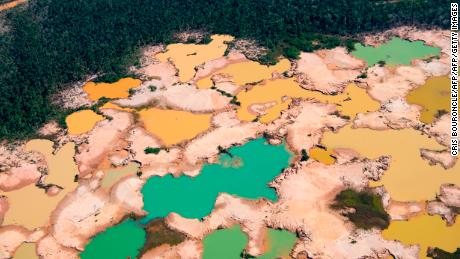 “Balanced diets, featuring plant-based foods … and animal-sourced food produced in resilient, sustainable and low-[greenhouse gas] emission systems, present major opportunities for adaptation and mitigation while generating significant co-benefits in terms of human health,” the new report says.
Food waste and meat consumption are big contributors to global warming, with food waste producing between 8% and 10% and livestock 14.5% of global emissions, according to the World Wildlife Fund.
This is partly because raising animals for food is resource-intensive, requiring the production of feed and fertilizers that result in greenhouse gases — not to mention the methane that comes from cows. It also requires land to be cleared for cattle.
“The science is in,” Sujatha Bergen, director of health campaigns at the Natural Resources Defense Council’s Health and Food Division, wrote on the organization’s website in response to the report. “A cut in the consumption of climate-intensive foods like red meat can help save the planet.”
While the report is largely geared toward policymakers, experts say there are things consumers can do to help curb the vicious cycle of climate change and land degradation.

“If the whole world, which continues to grow, eats more like us, the impacts are staggering, and the planet simply can’t withstand it,” Sharon Palmer, a registered dietitian nutritionist and plant-based food and sustainability expert in Los Angeles, previously told CNN.
One study, published October in the journal Nature, found that as a result of population growth and the continued consumption of Western diets high in red meats and processed foods, the environmental effects of the food system could increase 50% to 90% by 2050, “reaching levels that are beyond the planetary boundaries that define a safe operating space for humanity.” 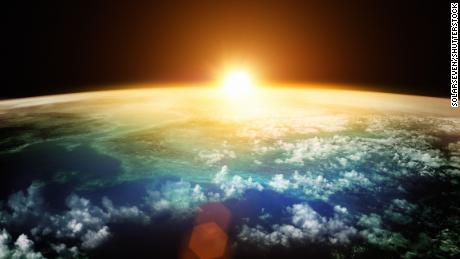 Similarly, a study published Thursday concluded that public health and the environment have much to gain from plant protein alternatives that meet nutritional goals while scaling back on cropland, nitrogen fertilizer, water use and greenhouse gas production. It’s possible, the authors say, despite “our potentially hard to overcome culinary partiality toward animal protein.”
Palmer, who was not involved in this research, said that “drastically reducing animal food intake and mostly eating plant foods is one of the most powerful things you can do to reduce your impact on the planet over your lifetime.”
According to the latest report by the United Nations panel, plant-based foods may include those based on coarse grains, legumes, fruits, vegetables, nuts and seeds.
This can lower your risk for obesity, heart disease and Type 2 diabetes, according to studies like one published last month.
Palmer explained that “legumes [or pulses], such as beans, lentils and peas are the most sustainable protein source on the planet. They require very small amounts of water to grow; they can grow in harsh, dry climates; they grow in poor nations, providing food security; and they act like a natural fertilizer, capturing nitrogen from the air and fixing it in the soil. Thus, there is less need for synthetic fertilizers. These are the types of protein sources we need to rely upon more often.”
There’s a role for policymakers to play, according to the new report, in crafting programs — including financial incentives and awareness campaigns — that influence food demand, potentially lowering health-care costs and greenhouse gas emissions in one fell swoop. Food companies can also make changes at the industry level, according to experts.
“And all of us can collectively have an impact through the dietary choices we make every day,” writes Bergen, of the Natural Resources Defense Council.

Meat me in the middle

By some estimates, only about 2% of American adults are vegetarians.
So if you are not ready to give up meat entirely, experts say that a so-called flexitarian diet can incorporate plenty of fruits, vegetables and plant-based protein sources. This may include legumes, soybeans and nuts, along with modest amounts of poultry, fish, milk and eggs, and small amounts of red meat. 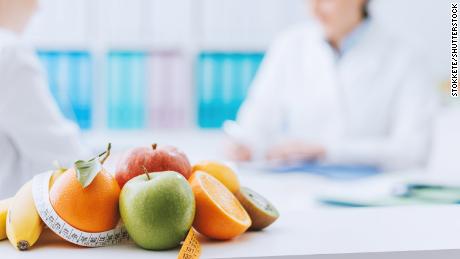 The key, experts say, is not just cutting out the meat but swapping in plant-based proteins like nuts, beans and lentils.
“You don’t need to be eating meat and poultry every single day to get your protein requirements,” registered dietitian Rahaf Al Bochi, a spokeswoman for the Academy of Nutrition and Dietetics, previously told CNN. “Beans and lentils are great sources of protein, as well. They also give you fiber, vitamins and a lot of antioxidants.”
The US Department of Agriculture’s nutrition guide, MyPlate, offers a number of tips to vary your protein sources: choosing seafood at least twice a week, making beans or soy products a main or frequent dish, and using nuts to replace meat and poultry. This could take the form of pine nuts in pesto sauce, walnuts in a salad or cashews in a veggie stir-fry, the agency says.
An easy way to get started on diets that are largely plant-based, such as the Mediterranean diet, is to cook one meal each week based on beans, whole grains and vegetables, using herbs and spices to add punch, Al Bochi says. When one night a week is a breeze, add two, and build your non-meat meals from there.
Even smaller ways of phasing out resource-heavy meats can make an impact, according to campaigns like Meatless Monday, which encourages people to hold off on the meat for just one day a week.

Waste not, want not

According to the new report, 25% to 30% of all food produced is never eaten, but 821 million people worldwide are undernourished.
If food waste were a country, it would be the third-largest emitter of greenhouse gases after the United States and China, according to the Waste and Resources Action Programme, a nonprofit working to reduce global waste. The organization’s head of food, Claire Kneller, said “the fact that more than 1 billion tonnes of food never gets consumed while 1 in 9 people go to bed hungry is a travesty.”
Less food waste means less land and resources needed for farming, thus lowering greenhouse gas emissions, the report says. 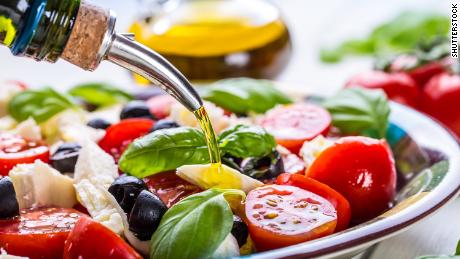 And there are “knock-on carbon benefits” that come along with not having to transport, process, retail, package and refrigerate all this extra food, according to an emailed statement by Eugene Mohareb, a lecturer in sustainable urban systems at the University of Reading in the UK.
Mohareb, who was not involved in the new report, said the goals of reducing food waste and shifting toward plant-based nutrition can go hand-in-hand.
“The emphasis on plant-based diets similarly has further benefits in the shifting from perishable animal products to pulses & legumes,” he said. “These benefits include reduced cold storage requirements (throughout the supply chain, at food retailers, as well as in households) and reduced potential for food wastage due to their generally longer shelf life.”

A terrible thing to waste

The US Environmental Protection Agency recommends planning meals, keeping a shopping list with quantities and buying only what you need.
The agency says that “most people don’t realize how much food they throw away every day — from uneaten leftovers to spoiled produce. About 94 percent of the food we throw away ends up in landfills or combustion facilities.”
“Buying in bulk only saves money if you are able to use the food before it spoils,” the EPA says.
And don’t forget to look in your fridge or cupboards before shopping to avoid buying stuff you already have around the house, the agency adds. If you have more of something than you’ll need, you can always donate to a food pantry nearby.
The US Food and Drug Administration says it may be possible to buy “ugly” fruits or veggies — “that often get left behind at the grocery store but are safe to eat” — at a discount. These foods may have imperfections, but they are not damaged or rotten.
It’s also important to read labels closely; confusion over “best if used by,” “sell by” and expiration dates is estimated to cause a fifth of consumer food waste, the agency says.
At restaurants, you can ask for smaller portions or a takeaway box to prevent waste and eating too much, the FDA adds. You can reserve part of your fridge for things that need to be eaten in the next few days.
And when some food is past its prime but still useable, experts recommend getting creative: Stale bread? Make croutons. Vegetable scraps? Make soup stock.
Properly storing and freezing foods can extend their timelines, too. The FoodKeeper App — developed by the USDA, Cornell University and the Food Marketing Institute — can let you know how best to store foods and how long they’ll last.

The paper, published in Monday’s Journal of the American College of Cardiology, is a …

By packing in protein, Keighlee slimmed down by a whopping 2st 11lb, slimming from …